The new Cadillac Blackwing sedans are offered as the most track-capable production vehicles to ever wear the Caddy crest, packing impressive firepower under the hood, without sacrificing on the traditional Cadillac luxury. Now, as if to prove the point, the 2022 Cadillac CT5-V Blackwing recently nabbed the lap record for production sedans at the Yas Marina Circuit in Abu Dhabi.

To celebrate the record, Cadillac released a brief video showing the 2022 Cadillac CT5-V Blackwing doing its thing at Yas Marina. Clocking in at just 1 minute, 30 seconds, the video includes some gorgeous shots of the top-tier performance four-door at speed, as well as narration from hot shoe Amna Al Qubaisi, who set the new track record, lapping the circuit in 2 minutes, 20.98 seconds.

The daughter of racing icon Khaled Al Qubaisi, Amna Al Qubaisi is a rising star in her own right and has shown some impressive ability on the racetrack. Coming from a karting background, 21-year-old Amna Al Qubaisi has raced in Formula 4 and was the first Middle Eastern woman to take part in a Formula E test program.

“The Cadillac CT5-V Blackwing is a beast on the track,” Al Qubaisi said after setting the new lap record. “Between the balance, power and transmission, it’s an absolute joy to drive. The driver feedback is second-to-none and the harder you press it, the more it rewards you.”

As for the specs, the 2022 Cadillac CT5-V Blackwing is the most-powerful production model that Cadillac has ever built. Making the go is the supercharged 6.2L V8 LT4 gasoline engine, rated at a healthy 668 horsepower and 659 pound-feet of torque, feeding the rear wheels through either a six-speed manual transmission or a 10-speed automatic. Under the skin is the Alpha 2 platform 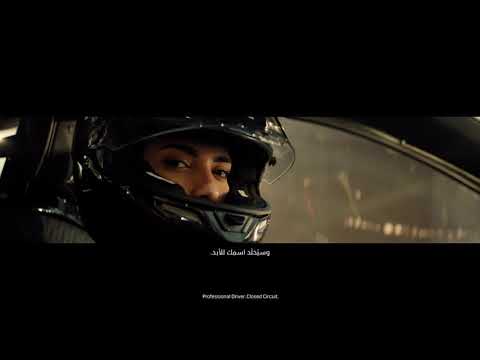